This is a guide for Tap Tap Fish – AbyssRium, with only the July 2nd Anniversary Event (2018) information. See the main guide for a more comprehensive set of information. Feel free to add any of my guides to your homescreen for easy access, and offline loading of guides you’ve used (on supported devices)!

Update 2018-07-16: Baby Corgi does not require the IAP! I made a video discussing problems with the event.

Last year’s fish are included, also the babies; the costs/unlocks for them can be found at the 2017 Anniversary Event Guide. Tap the orange clownfish in the event tab to switch tabs to the 2017 fish. The 2018 event themes work for the 2017 unlocks, you do not need to buy the IAP.

A new fusion fish update is also included but not part of the event. See the Fusion Fish Guide for that info.

Note that even these insanely high prices currently exclude 2 2018 baby fish, and do not include unnecessary duplicates! Cost to max the hermit crab is included, because not using the crab is insane. This is by far the most expensive event in the game, weighing in at over double the cost of the 2017 Anniversary event if you’re starting from scratch.

Costs thanks to /u/farmerlesbian and her higher tolerance of math.

This event is different from most events, so it’s best to take it in measured steps.

First, the 2018 fish should be created, up to the Ballroom Whale.

Then, the Prince of Abyss quest should be completed up to the second task (collect 30 clams), because next you will need to purchase some 2017 fish.

Then, complete the 2017 fish (or just continue with the Prince quest if you already have them).

Tap the Painter’s Palette (next to the camera) to buy the 3 event theme items and wear them until all Hidden Fish are unlocked. The great majority of failure to get Hidden Fish turns out to be people who forgot to equip them. They are always required so they’re not “wasting” currency.

Currency is Envelopes, currency from prior events will be preserved (but invisible) for later events, so feel free to save up.

Song of the Moon is still disabled, Hermit Crab auto-generates some event currency in its place (~20k a day at max level). That’s about 600,000 currency if used every day of an event, so plan accordingly. 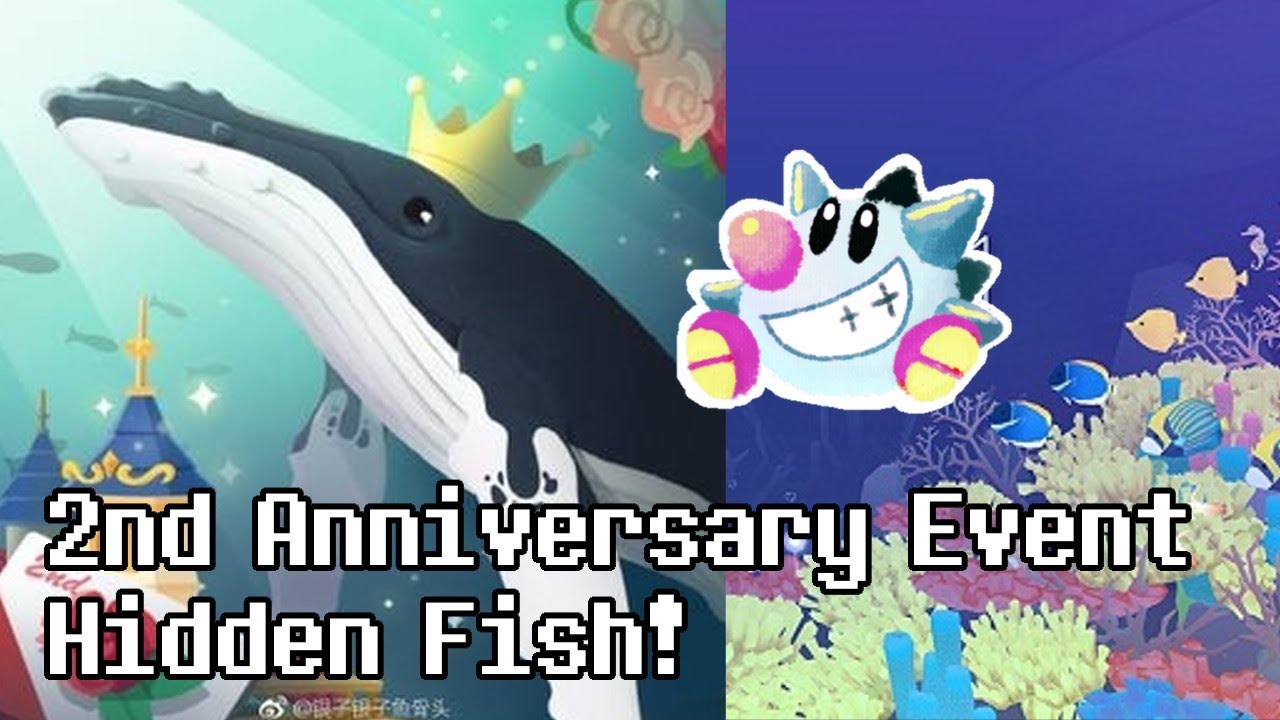 As always, buy and wear all the theme items before hunting for hidden (or normal!) fish in an event and don’t remove any until you’re done unlocking hidden fish. The most common error people make by far is having the wrong things equipped.

Big thanks to /r/AbyssRium’s members for info!

As always, the premium fish are listed in the Shop > Gems tab, not the Event tab. They’re not required to unlock any other content, ever.

Merman is not presently possible for most yet without a timezone trick to pretend you’re in a July 6th timezone.

Upon unlocking he costs 100,000, and can be created in multiples unlike the kraken.

The Hermit Crab is the secret to making events possible even though Song of the Moon was removed. However not all events have reasonable costs, so you might still be doomed.

The crab comes with the event dye (200 currency), then you buy it in the Event tab and will not appear if it is not equipped.  It passively generates currency while the game is open after tapping 20 currency icons, up to 10 times per day.

Upgrading the crab also upgrades the amount of currency earned from ads (if you don’t get one of the countless glitches with ads, that is). The increase currency from ads will not work if you don’t equip the dye. Just don’t unequip the theme items until the event is over.

Tapping the crab will let it “dig”, with enough taps he’ll produce an item, including currency, and small amounts of pearls. He can dig even while resting. It can get 1-10 currency, 10 pearls (very rare), 50 gems (rare), 250 currency (rare). Rare rewards can only be earned once a day, so don’t tap eternally hoping for more pearls.

It can be leveled, for a fairly small amount of currency each level (less than one “cast” worth per level), and requires buying a certain number of Event fish to reach certain levels. These goals should be met as soon as possible as the Hermit Crab is the easiest way to get event currency and you’re required to have the 30 fish it requires to unlock some of the other Event fish anyway.

It can be recharged with pearls for only 5/10 charges, and due to bugs it frequently eats pearls without giving you the benefit. Not recommended.

These are in the Palette menu next to the Camera button as always. Buy them before playing the event as they’re cheap, fun, permanent unlocks, and almost always required for hidden fish.

Last year’s fish are included in the orange clownfish button at the top right of the event tab. The costs/unlocks for them can be found at the 2017 Anniversary Event Guide. The 2018 event themes work for the 2017 unlocks, you do not need to buy the IAP.

Full AbyssRium guide – Anything you could ever ask for is in here!

Questions? Comments? Leave them here on the main guide! – comments are excluded on mini guides for faster loading.

Direct comments to the main guide. Subguides don’t have separate comments for faster loading and simplification.